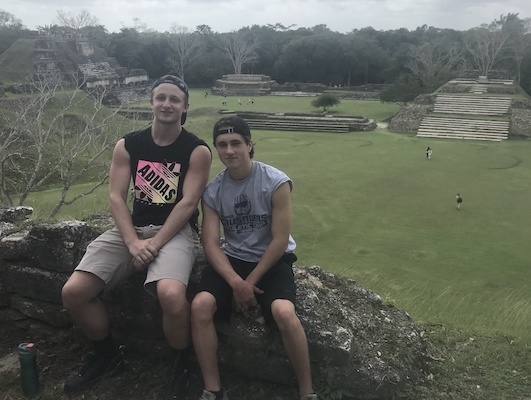 Our group of eight students and three teachers travelled to Belize for a week to join the local community and work with an organization called “Hand in Hand Ministries” to build a house for an elderly father, Mr. Williams, and his 8 year old son. After being unsure of what it would be like to leave Buffalo for a week, we were excited to get off the plane in Belize city and begin our Companions service immersion trip. We arrived on Sunday to sunny skies and 85 degree heat. After going to the house where we would be staying for the week, we went to Mass that night. The Jesuit parish that welcomed us was completely filled with people, and everyone was singing, and energized. The Mass was very interesting because it was administered very differently – far more vibrantly – than Mass that we're accustomed to in the U.S., yet it communicated the same message.

We woke up the next morning at 7:00 and prepared for our first day of work on the house. We ate breakfast every morning at 7:30. Our breakfast, as well as all of our meals, was cooked by a woman named Nan who worked for Hand in Hand and previously received a house from the organization. Every single one of our meals was amazing and rooted in local cuisine. At 8:00 each day we would leave the house and head to the worksite to begin the day's work.

We worked until 5:00 for several days and it was hard work each day, all day; some of our jobs included hammering, nailing, painting, sawing, and anything else that we were asked to do. Although the work was hard, it was extremely satisfying seeing each finished part of the house. When the house was finished late Wednesday, the look of happiness on Mr. Williams’ face was hard to forget.

Each night after returning to the house and eating dinner, we had group reflections. We spoke about poverty and justice, faith and hope, and even our own impulsive wants and authentic desires. These reflections really helped bring our group closer together. The reflections helped give meaning to everything we did by bringing a depth of thought and transparent conversation to our group. These were some of the most meaningful conversations we have ever been a part of.

Thursday morning was a relief from all of the work as we traveled to a Jesuit high school and college named St. John’s, and saw what life is like at that school. Yes, they have JUG and Kairos retreats too, but they enjoy an open-air large campus. On a tour of the school and campus we realized how similar Canisius is to St John’s with both emphasizing human, spiritual, and intellectual formation; even our motto “Men and Women for Others” is shared!

Thursday morning also held one of the most impactful events of the trip for us as we blessed the house as a group. The moment was very ethereal and surreal. We were seeing what we accomplished through all of our previous work as we stood together and prayed for the completed house.

All in all, the Companions trip to Belize taught us that positive change on any level can affect greater change within a community and the world as a whole. 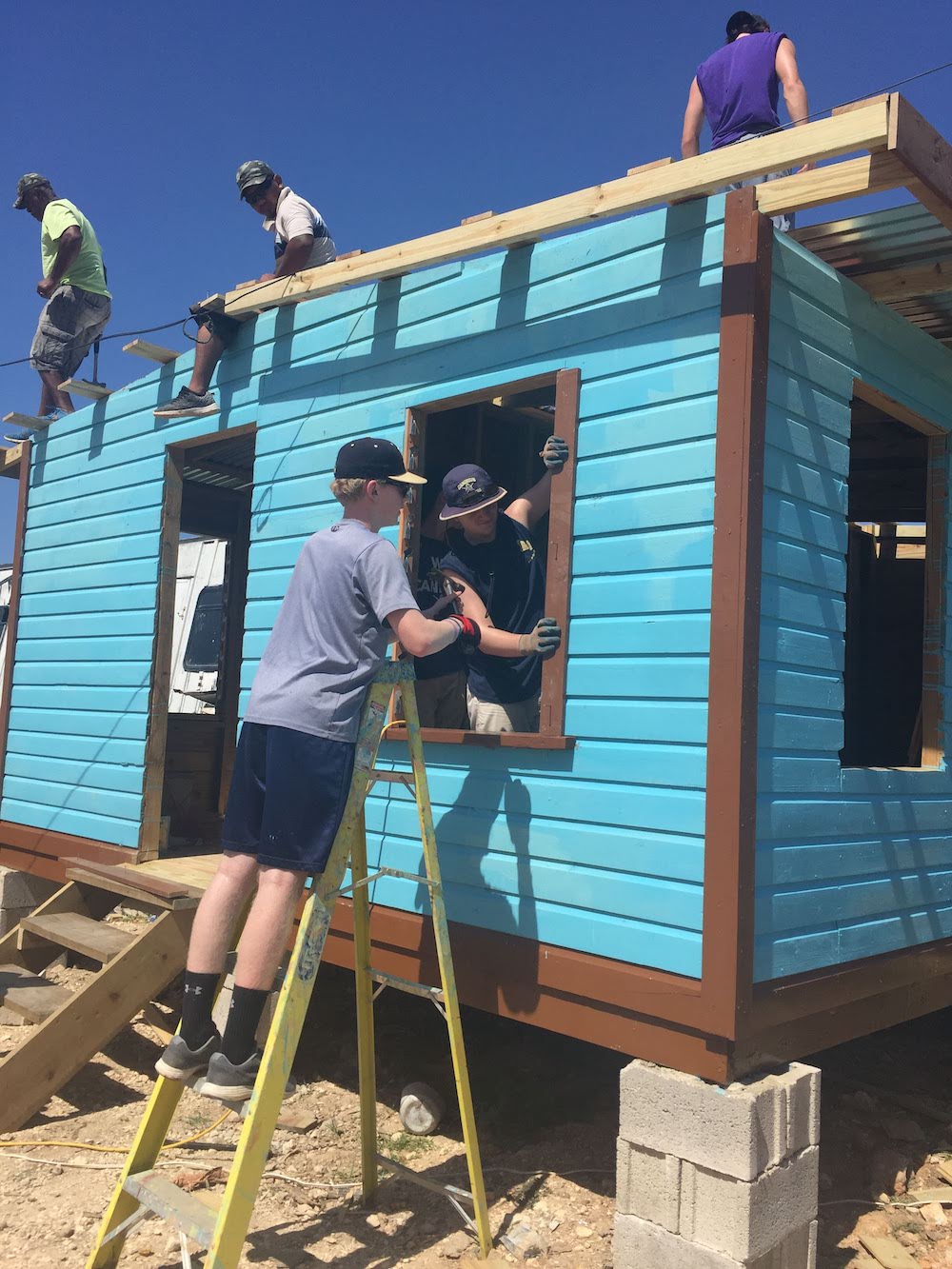 Click here to view more photos from the trip.

To learn more about Companions and other Canisius campus ministry programs, click here.

Share to FacebookShare to TwitterShare to Google+Share to LinkedInShare to PinterestShare to EmailPrint this page
Full-Time, In-Person Learning

Five Canisius student-athletes are honored for their work in school and for their teams.

Alumni and current students are making videos which will premiere on May 27.

The Canisius Spring Art Exhibit is open for viewing virtually.

The six finalists for Mr. Canisius 2021 share their reflections.