After nearly a year without any regatta competition, the Canisius High School and St. Joseph's Collegiate Institute rowing teams raced on Sunday, October 4, in what would be the first regatta in Buffalo, NY since 2019. A 2500 meter race course on the Buffalo River, starting in front of the Buffalo Lighthouse and finishing at the Buffalo Rod and Gun Club’s American Flag. Both teams showed outstanding sportsmanship and competitiveness.

Canisius hosted St. Joe's at the Buffalo Scholastic Rowing Association (BSRA) on Ohio Street. The teams agreed to race each other in the 2- and 2x. A 2- is a two person sweep boat, meaning each rower has one oar on each side. A 2x is a two-person sculling boat, 2 oars on each side, four total.

Canisius put on a dominant display in the 2-, with two Canisius crews crossing the line first. Dylan Sass '21 and Matthew Talty '21 won with a time of 10:24. They were followed by twin brothers Zach Siwiec '22 and Tyler Siwiec '22 finishing in 10:40, who made an inspirational come from behind victory over two heavyweight St. Joe's 2- s that finished in 10:46 and 10:53 respectively.

Both teams will meet again at the end of the month at West Side Rowing Club’s Black Rock Canal for a rematch.

Potential future Crusaders can still visit Canisius to experience life at the school, with some limitations due to the pandemic.

2020 grads are continuing their education at many top institutions of higher learning.

Canisius rowers swept all of the events on the Buffalo River.

Members of this year's senior class are recognized for their achievements.

Tim Carlin '78 has written a book to inspire ordinary people to do extraordinary things. 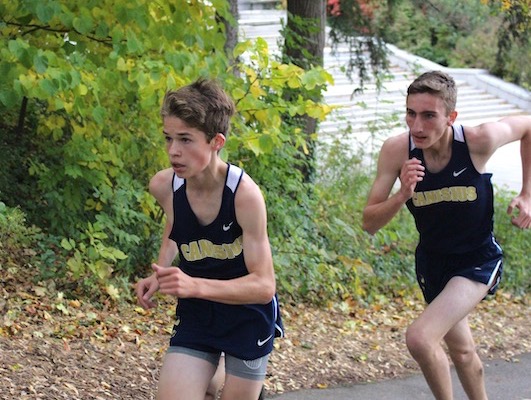 A look at the adjustments teams have made in order to compete.

Campus ministry remains focused on serving others, but in new ways this year. 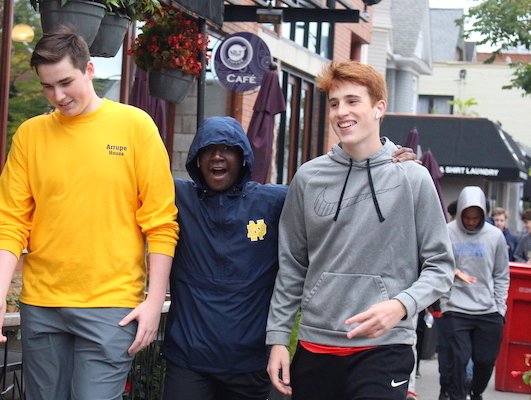 The traditional fall Walk-A-Thon will have a different look this year.